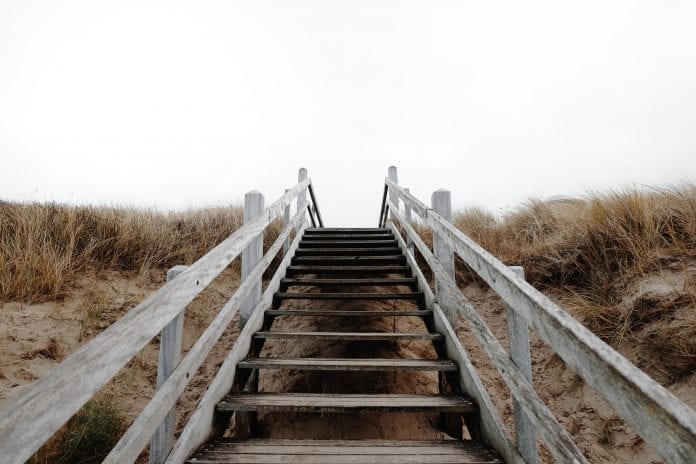 If you’ve ever been afraid in your God, Him. you, reason God can’t do all He wants . , I limited change. I had reached a place in working: People’s lives were being changed, and I , what I’d experienced in previous years. There was light at the end of the tunnel, and it wasn’t another train! So, I wanted to coast for a while, thinking, well. Let’s not push it. I didn’t want to go through the effort of rocking . wouldn’t argue with that logic, but really it was just fear. And because of it, I began to let laziness set in.

Then, on January 31, 2002, the Lord spoke to me that I had limited . It was because of the way I saw myself. living in sin or hadn’t been seeking God. I . I had thinking. So, I called my staff together and told them, “I’ve got an image on the inside of me that has limited God. I don’t know how long it’s going to take to change —a week, a month, a year, or whatever—but I’m going to change. I will see myself doing what God told me to do.” That was life and ministry. This was how I took the limits off God!

I suspect that many of you reading this can relate to what I’m saying. It’s typical for most Christians. It’s not normal, but it is typical. And you may not have realized it, but you have an image on the inside that is a ceiling, or limit, on what God can do through you. It will take effort on your part if you’re ever going to go beyond that ceiling.

The Scripture saysFor as he thinketh in his heart, so is he: Eat and drink, saith he to thee; but his heart is not with thee.”Proverbs 23:7

You cannot see anything happen seen happen on the inside. That’s a . You might be praying for your marriage , healed, , but you need to meditate on the Word and let it paint a picture on the inside of you. Then whatever pass. It’s a self-fulfilling prophecy. Your life today is the way you have seen it being. You might not like that, but it’s true.

We take great comfort in passing the blame sometimes: “You don’t understand. I . It’s my spouse. It’s the color of my skin. I was abused as a child.” We have a million and one reasons, but none of these external things are controlling our lives. It’s the way we think in our hearts that going. A lot of it amounts to being afraid of changing anything.

, pastor. . They’ll say, “This is just how I am,” and will stick with that. The main reason they don’t change is that they’re lazy. I’m not saying that to be critical of anybody. I was the . Christians who want to sit on their couches, , and forget everything else. Then they wonder why they’re not seeing more of God in their lives. They’re comfortable. They’ve got their nest made, and they limit God because things are nice. That is not a good place to be. Let me ask you: Are God, God ? really good question.

It takes effort to change, but you’ll never be a success as a Christian without it. I do have a book entitled Effortless Change, and you can change effortlessly—but it’s not automatic. You will have to get into the Word and renew your mind (Rom. 12:2), and then as you think in your heart, so will you be (Prov. 23:7). So, in that sense, there is effort to change. It’s just that it’s not the way religion has taught it. It’s not a legalistic, works-based change. Really, change is just a byproduct of your relationship with God.

I guarantee you, God didn’t make anybody to sit and coast. You can . You don’t need to rust out; you need to wear out. I’ve given up on ever I just coast. , I’ve . I’ll go to a church or meeting, and the minister will be preaching, “You need to believe God!” Then Jamie will grab my leg and say, “You’re believing big enough—just calm down.” It’s because I’ll never quit dreaming! Until I go to be with the Lord, I’ve got a purpose that will keep me going. I Oral a couple of months before he died, and he was still preaching, , . At ninety-something years old, he was still taking the things God put in his life and depositing them into other people. That’s strong! That’s the way you need to go out.

You need to stir yourself up, or you’ll settle to the bottom. I know it takes a lot of effort to keep swimming upstream, hardly stopping to rest and constantly dealing with the possibility of failure. Sometimes it just seems better to take the easy way and hold off on changing things. But that’s why you need to have a purpose. You need to strive toward something bigger than yourself, something that drives you

I tell you, if you catch on fire for God, the world will watch you burn. Everybody loves a fire. It captivates people. And people will be drawn to you once you step out in your purpose. Don’t be afraid to try something different. Some people are shooting at nothing and hitting it every time. Do something, lest you do nothing. Get out of the boat, or you’ll just drown with the rest of them. I pray that God is burning these things on the inside of you. He wants you to stop limiting Him.

When we stand before the Lord and He says “Here is what I created you to do,” all of our “achievements” won’t seem like very much if we haven’t done what He told us. God has already spoken to us. Many of us just deny it

I had a fear of change because I was finally at a place where we were succeeding. Finances were coming in, and we weren’t worried about survival. I could have stayed there and God would still have loved me, but someday, standing before Him, He would’ve told me He had called me for a lot more than what I did and that I had limited Him.

I’m encouraging you to stop limiting what God can do in your life. Give Him something to work with. He can only bless what you set your hand to (Deut. 28:8). You can learn more about how to do this in my new book, Don’t Limit God. This has radically changed my life. I know it will change yours too.

Andrew Wommack is the president and founder of Andrew Wommack Ministries and Charis Bible College based in Colorado Springs, Colorado. He is well known for his television program, Gospel Truth, which broadcasts on more than 280 stations in the United States alone, and has a potential viewing audience of 3.2 billion world-wide. Andrew and his wife Jamie have been teaching the truth of the Gospel to the body of Christ, with special emphasis on God’s unconditional love and the balance between grace and faith, for more than forty years.