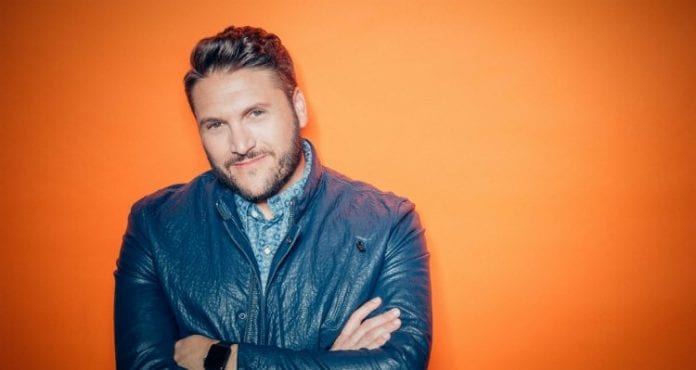 Dove Award-winning and Grammy-nominated artist Jody McBrayer has returned to the music scene — this time, with his most personal project yet. With his new album, Keep Breathing, McBrayer capitalizes on his past challenges and success and communicates a fresh outlook for his music and his ministry.

Best known for his role in the Contemporary Christian group Avalon, which he helped start in 1996, McBrayer experienced phenomenal success during his twelve years with the group. Recording ten albums, which produced 21 number-one hits, including “Testify to Love,” the group earned 23 GMA Dove Award nominations, 6 GMA Dove Awards, 3 Grammy nominations and an American Music Award for their efforts.

McBrayer stepped away from Avalon and the music industry in 2007, after his personal life began to unravel and he was diagnosed with a degenerative heart condition. During that hiatus, McBrayer sensed that God could still use his music to do substantial things for the Cause of Christ, if only he would take steps in that direction. McBrayer wrestled with an intense desire to jumpstart his music career but had no opportunities to do so. After a few years of struggling with finding his identity, He fell into deep depression and was forced to seek counsel in order to continue just functioning in his everyday life. His physician, a Christian, advised him to get up every morning, to keep breathing and most of all, to thank God for every breath in his lungs. For nearly two years, McBrayer followed that advice and tried his best to keep some sense of perspective. True to form, God began to bless Jody’s persistence. In early 2014, he found himself discussing new possibilities with StowTown Records co-owners Landon Beene and Ernie Haase about the recording Keep Breathing.

The advice of McBrayer’s physician inspired the album’s title cut. “I wanted people in the same position I was in to hear this recording and have it be fuel, a motivator to keep breathing. I want them to say, ‘Okay. I can trust Him. There’s a plan at work. I may not feel it, but something is happening here. There is more to the story.” McBrayer decided to make Keep Breathing personal. “The main thing for this record was I didn’t want to put a song on it if it didn’t move me or I had not experienced it.”

Through Keep Breathing’stwelve songs, McBrayer seeks to communicate a perspective about life. For him, “With Each Borrowed Breath,” best sums it up. Though sincere in his desire to serve God with music, McBrayer once defined “success” merely in terms of a record deal. He sees things differently now and hopes others will too. “…it talks about our purpose and what we’re created to do. Every heartbeat and every breath is a gift from God. He continues to gift those things to us for us to fulfill His good purpose. That’s the reason why we’re here. It took me so long to realize that. I used to think God wanted me to be happy. I thought, ‘I’ll do this or that to make myself happy, and then I’ll serve God.’ I’ve realized we were created to make God famous and to tell the world about Him. If happiness is a byproduct, great! Only what’s done for Christ will last, and that’s what we have to think about before we go to sleep and when we wake up, every day.”