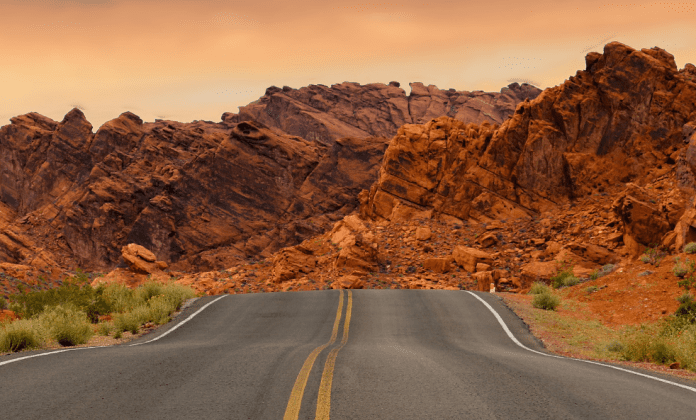 A few years ago, a long-held dream shattered in pieces all around me, and something inside of me died. Out of that death came an invitation to something bright and brand new, but it took a while to see it.

It turns out that dreams are sturdy and stubborn things.

Until the spring of 2014, I was the associate pastor at a church I had loved for a very long time. The senior pastor (Dave) and I grew very close. We often sat on his front porch and talked about the future. He has seen to my shalom in very meaningful ways. It was an unbelievable honor for me to be able to see to the shalom of this church—his church—together.

My dream was to be the next senior pastor at this church, and it almost happened. It felt as though I had been preparing for this promotion my whole life. I was certain that God was leading me into it.

“I dream of the day,” Dave told me more than once, “when I walk across the gathering place and I hear people whispering that you’re better than I am. If you weren’t a son, you would feel threatening to me,” he said. “But because you are a son, I can’t wait for that day to come.” I believe that he meant it, with all his heart, and I drank those words in. I idolized him for years; I patterned my preaching after his when I was young. I couldn’t think of anything in my career that I wanted more than to follow him as the next senior pastor at this church. But things went wrong. I love the people of this church to this day, and I love Dave, and I believe that they love me. And we honestly all did the best we knew how to do. But navigating a succession plan is a minefield of potential problems, and we stepped on quite a few of them.

I’m an activator—I see things that need to happen, and I make them happen, usually pretty quickly. Sometimes that is exactly what my surroundings need to get them unstuck. But I’m not sure if a succession process goes very well when the potential successor is an activator. I flared my nostrils too many times. Sometimes I was too eager to be the next senior pastor and not eager enough to be the associate pastor.

There were times when my desire to possess that title (senior pastor) was silently killing off the gentle breeze of my real self, which doesn’t have a title. But it was so alluring.

Terry, the executive director (and my good friend), said that working with me was sometimes like sitting in traffic, when nothing is moving and everybody is frustrated, but some guy keeps honking his horn anyway. Another time he told me that I kept veering into other people’s lanes, merging into their areas of responsibility. He was right on both counts.

After about four years, Dave and I were preaching roughly the same number of weekends per year. I saw this as the natural progression toward me becoming the next senior pastor. Then one day, during a board meeting, they said they wanted Dave to significantly increase his preaching load. This came out of the blue (at least for me), and I balked. “But that means I’ll be preaching a lot less,” I blurted.

I felt as though something had been ripped from my hands that had previously been given to me. I did the math in my head. Instead of preaching 20 or so times a year, I’d be preaching 12 or 13 times. I loved preaching. It was hard to swallow a reality in which I’d preach less.

As time went on, my dream was dissipating and my mood grew dark. I kept telling myself to have patience, to do the job that was my actual job, instead of working so hard to earn a job that hadn’t been offered to me yet. Sometimes that worked.

At one point, some members of the board gently asked a question of compatibility. I interpreted it as a lack of confidence in me, and perhaps it was. But it was also someone simply trying to figure out why things kept going so sideways. We agreed that we needed a time of mutual discernment, to see if we should keep pursuing this idea of succession with me.

I’ll never forget a conversation with a mentor of mine, while sitting by a large, ancient tree. I told him all about what was happening to my dream of being the senior pastor at this church.

“Perhaps it’s time to let it go,” he said with sadness in his voice.

Where are you going?

This is an exciting question when you suspect you know the answer. For years, I had imagined myself in the role of senior pastor at this church. It felt right. It felt comfortable. It felt scary, but I felt up to the challenge.

But when the bottom falls out of your dream, Where are you going? begins to feel like a desperate question. Mary and I had dozens of long conversations about what this all meant. She loved this church, too, and at first, she really didn’t want to leave. Neither did I. Letting go of the dream that would have secured a very public success was extremely difficult. Becoming senior pastor would have felt like validation. Approval and admiration were cheering me on to get this job, no matter what.

But staying would have betrayed a very private secret: The way I see to the shalom of my brothers and sisters is to create environments in which people’s latent gifts can emerge.

When you get close to discovering what your secret is—how you see to the shalom of your brothers and sisters—there will almost always be a tempting alternative that is close but not quite it. It’s a wise person who waits for the real thing and resists that which is close enough.

When I decided to leave the church that I loved, I knew I was still a pastor. I knew I wanted to lead and preach. I wanted to create the kind of culture in which people’s latent God-given gifts could emerge and flourish. And that is when the idea of planting a church slowly began to emerge, like a blazing and beautiful sunrise after a long, dark night.

After dozens of conversations with Mary and close friends, after countless prayers of desperation and some excitement, I told Dave and the board that I needed to leave to plant a church. I was forty-three years old. They were gracious and also quite surprised. Though they affirmed my sense of motivation and calling, it brought up lots of questions for them and some pain. It happened a lot quicker than they thought it would. At the end of it all, they blessed Mary and me, prayed for us, and sent us out.

In May 2014, I started having conversations with people about starting a church called Genesis. Our stated vision was to join God’s work of “cultivating new beginnings in all of us, everywhere.” Those first few months were exhilarating, exhausting, and sometimes frightening. That was two years ago. We are now a growing, inter-generational family of people who are seeing new beginnings in ourselves and others.

Church planting can be a treacherous place for someone addicted to approval and admiration. I’m learning to take myself less seriously when attendance numbers drop. I’m learning to resolve conflict and stay engaged in a long obedience in the same direction, rather than chasing the next exciting thing. I’m learning to explore my joy and also touch my limits. I’m learning that I really can’t be a successful pastor.

But I am learning that I can be a restored pastor. Restoring what’s broken isn’t just about crawling on your hands and knees through glass until you’re bloody and broken. Lech lecha means that at least some of the metrics for a successful Steve means that my own joy and my own enjoyment matter. I think I’m starting to learn that I can be a joyful pastor. Not a driven one, not a busy one, not a heroic one.

I didn’t know any of that was in store for me when I let go of the dream of being the next senior pastor at that big, beautiful church. How could I have known? I hadn’t gone where I needed to go yet.

Steve Wiens is the founding pastor of Genesis Covenant Church in St. Louis Park, Minnesota. He blogs at SteveWiens.com and podcasts at This Good Word