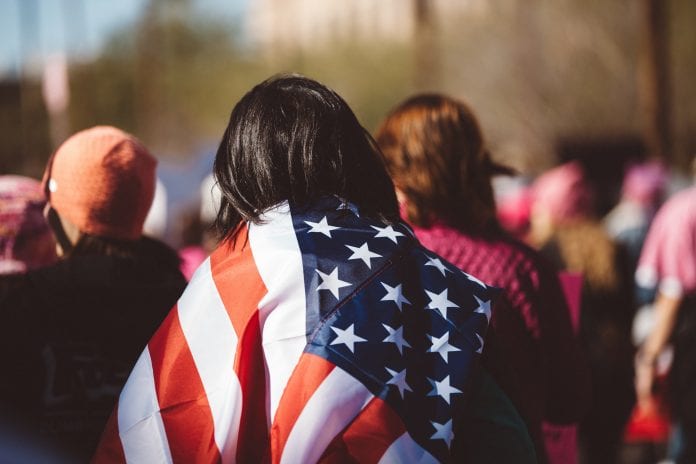 God has spoken to me clearly about America and the American Church. Though I have a global ministry, I reside in Michigan; and our state has been through the most devastating times since I was born here 60 years ago. Some who are older than me say it’s Michigan’s worst financial condition ever. I realize that my state isn’t the only one hurting; but believe me, it has been very bad, and people are suffering severely.

America is the best place on the planet. It is still the land of the free and the home of the brave. Many people will risk their entire life to place one foot on American soil.

Whenever I speak at a missions conference, anywhere around
the world, I ask the missionaries to stand if they were sent out from the United States or if most of their support comes from the United States. Almost all of them stand. America has always been a major leader in propagating the gospel of the Lord Jesus Christ. We have always been one of the most generous of all nations. Today is no different. If for no other reason than this, may the Lord spare our land and help us climax the ages as sovereignty planned.

It is our time to shine! “Arise, shine; for thy light is come, and the glory of the Lord is risen upon thee. For, behold, the darkness shall cover the earth, and gross darkness the people: but the Lord shall arise upon thee, and his glory shall be seen upon thee” (Isa. 60:1-2). This is a verse for today.

Everywhere we look, there is some struggle or disaster. People seem to be attacked in every area of life. We have never seen anything like this. However, right in the midst of such darkness is a manifestation of the glory of God.

I remember a vision I once had about two clouds appearing at the same time. In brief, I was in a meeting where the late Dr. Hagin Sr. was ministering; and when he got up to speak, I saw a vision of a massive cloud of darkness covering the entire earth. It was scary, and I wan-ted to rebuke it, in Jesus’ name. I asked the Lord what it was because it was covering the entire globe and consuming many people in its path. He told me it was the gross darkness that Isaiah prophesied. It was filled with evil and wicked things we had never seen before. When I asked the Lord about the people being overcome by it, He told me it was only those who did not have clean hands and a pure heart.

Then I saw a second cloud coming over the other edge of the earth. It was so bright I couldn’t stand to stare at it, though everything in me said to do so. I wanted to run into it and frolic in it. When I asked the Lord what it was, He said it was the glory cloud—the glory of the Lord that would fill the whole earth. When I asked the Lord about the people being engulfed in it, He told me it was those who had clean hands and a pure heart. They will be the glorious bride of Christ.

I see a lot of fear and confusion about the things of the end. Even many Christians are overwhelmed by the wars and terrorism. They are stunned by the fear of financial collapse. I have spoken with many people who are depressed and filled with confusion and anxiety. It is affecting their health, mentally and physically. I am talking about sinners and Christians alike.

Many people are giving up their faith, casting away their confidence, and losing hope. I see clouds of gloominess set-ting upon so many people to whom we minister. Too many people are giving in, giving up, and turning back. I used to see the demon spirit of oppression
only in the outback of third-world countries, but now it is trying to settle upon America—like a horrible black cloud of oppression that inoculates people with a “why try?” hopelessness.

Our government is trying to deal with this spiritual enemy with natural weapons and human reasoning. Impossible! Only the Church of Jesus Christ has the power to address this and bind it. This is the most
crucial time for the real Church to stand up and be used by God.


Check out these scripture pas-sages:

The terrible storm raged unabated many days, until at last all hope was gone.

Then fearing lest we should have fallen upon rocks, they cast four anchors out of the stern, and wished for the day.

So take courage! For I believe God! It will be just as he said!

Notice they gave up the hope of being spared because they spent so many days in the storm. When the enemy is relentless and won’t retreat, humans often lose hope. When the battle is perpetual, it has a tendency to break you down. When the storms of life rage against you and there seems to be no end in sight and no relief from the pain; many people lose heart, give up hope, and even give up on Christ.

I confess this over you, right now, in Jesus’ name: No matter what you are going through and no matter how much it hurts, Jesus, our Lord, is going to free you from feeling imprisoned and restore your hope through His Word. In Jesus’ name, He is going to do just as He said.

In Acts 27:29, we learned that they cast off four anchors and wished for day. Here are four anchors that will help stabilize your life while you are waiting for the storm to pass:

2. The leadership of the Holy Spirit.

America will enjoy one more very strong spiritual awakening. It will spawn one of the greatest revivals we have ever seen. That revival among Church people will cause a great outpouring to the sinners. This is our day. Let’s not blow it!

Mark T. Barclay is known as a Preacher of Righteousness. He is a proven precise leader among ministers worldwide. God has anointed him with a severely accurate prophetic ministry.

For over 35 years Mark T. Barclay has traveled the world, preaching the uncompromising Word of God and preparing God’s people for His coming. Author of many books and curricula, he has become known as a contemporary prolific writer, literally shaping the future of many people and demanding growth of a higher caliber throughout the Body of Christ.

Brother Barclay is the founding pastor of Living Word International Church, which is both a very strong world outreach center in Midland, Michigan, and a world class network of ministries and churches. From this world headquarters church Brother Barclay travels extensively as a convention speaker and produces the ministry television program.

You will be refreshed and challenged as you sit under this prophetic ministry as Brother Barclay preaches the Word and breaks forth with a supernatural flow in the gifts of the Spirit.