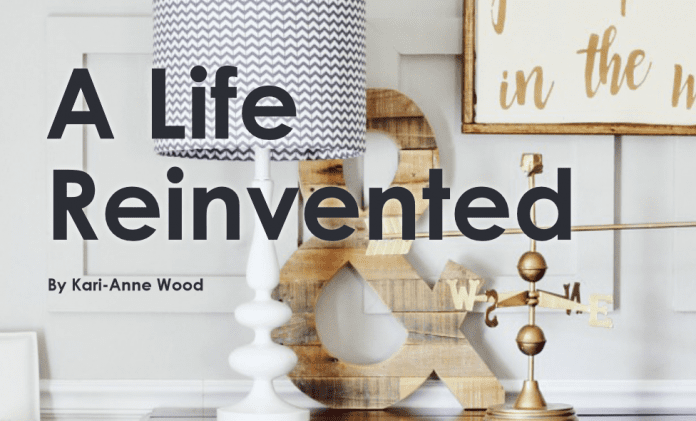 I can’t remember life without the tree.

It’s one of those things that was an ever-present reality in my life growing up, along with Fantasy Island, Aqua Net hair spray, and Gloria Vanderbilt jeans. My father moved it as a sapling to a spot right beyond the driveway. And there it grew and grew, straight and tall as an arrow, until it kind of took over the driveway with its leafy branches.

As a teenager, I almost backed into it. As a student, it welcomed me home from college every summer. As an adult, I sat in the backyard with it on cool, crisp fall afternoons and watched as Big Wheels and tricycles and scooters raced by it at lightning speed.

Every year its leafy branches would shield us from the hot summer sun. Every fall its leaves would fall. Every winter its branches stood tall as a sentry. And budding leaves grew again every spring as season after season tiptoed across its branches.

My father loved that tree. He was so proud of it. He watered it through the hot, dry summers and trimmed its leaves and watched it grow. I think it was his favorite place to work out all his problems. At twilight he would water the yard and pick up the branches and talk to the tree, offering long, lengthy conversations told in confidence to an old friend. I was never really sure what he whispered or what was on his heart.

But I know that the tree heard every single word.

And then suddenly, without warning, early in the morning on a summer day, my father, the most wonderful, incredible tree whisperer, passed away. I’m not sure that the tree ever fully recovered. After my father died, no one really paid much attention to it. No one watered it or trimmed it or whispered to it any more. We couldn’t.

Our hearts were too sad.

A year later in the middle of a thunderstorm, a lightning bolt struck the tree, and it came crashing down. It was uprooted from the place it had stood for all those years. The tree lay fallen on the ground, and I thought that was the final chapter.

The end of a season.

But the tree’s story didn’t end there. Four months later on Christmas morning I opened a present from my brother. He had taken that broken tree and painstakingly carved it into a thing of beauty, making a wooden bowl from the trunk of the tree. Another chapter of the tree’s story had begun.

Life can be a challenge. Its seasons aren’t always easy. There are gray clouds that gather and dark and stormy skies and flashing thunderstorms that can fell even the staunchest of trees. How do we reinvent life when faced with the prospect of starting over? Here are a few simple tips for reinventing yourself when life has flipped the script.

Start by assessing your strengths. Make a list. Write down every single thing that you are good at. For example, if you are good at public speaking or sewing or writing or crafting, write it down. This list is a good place to start when planning your next step.

Look at your list of talents. Based on your strengths, what do you want to achieve? If money or time or resources were no object, what would you like to accomplish? Write those goals down. Start with your five-year goals. Dream big. Next set three-year goals, then one-year goals, and finally six-month goals. Make sure your goals are concrete, specific, and defined.

If money or time or resources were no object, what would you like to accomplish?

Start with the six-month goals.

What can you accomplish today, tomorrow, and in the next few weeks that will move you closer to your goals? Using your goals as a framework, develop a specific plan to achieve them. Write your plan down in small, implementable steps.

The bowl made from that long-ago tree sits on my desk in my office, filled with flowers. I keep it there as a reminder of the unlimited possibilities that are yet to be imagined. It serves as a testimony of the joy of looking at life through a new lens and the power of a life reinvented.

KariAnne Wood writes the award-winning lifestyle blog Thistlewood Farms from the back porch of her turn-of-the-century farmhouse in the rolling hills of Kentucky. Her blog has been named one of the Top 10 Decorating Blogs by Better Homes and Gardens and was awarded the Country Living Decorating Blog of the Year. She is a popular speaker at women’s retreats and conferences nationwide. Her latest book is titled So Close To Amazing.