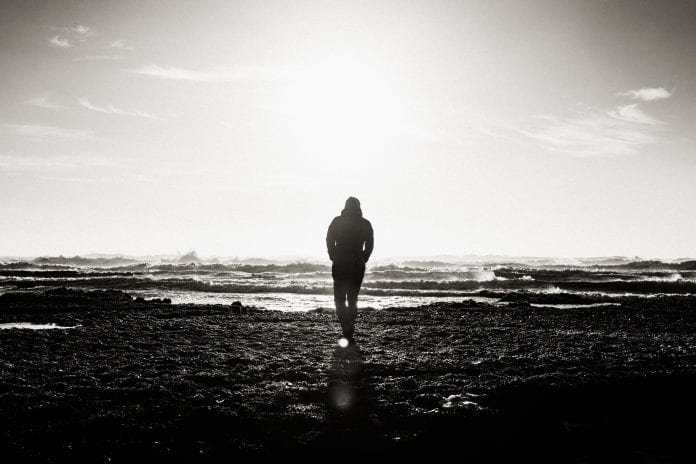 “I’m leaving you.” “Your illness is terminal.” “Our company is downsizing. Today is your last day.” “I’m sorry. Your son was killed in action.”

Bad news can turn our world upside down and push us into irrational conclusions, like “God has abandoned us,” or “He doesn’t care.” Human nature reaches for a reason, any reason—and for someone to blame. In our confusion, we often target God.

But that’s not the nature or character of God. If you are God’s child, here are five reasons why God will never abandon you:

We were created for fellowship. God is faithful, who has called you into fellowship with his Son, Jesus Christ our Lord (1 Corinthians 1:9, NIV). Before sin entered the world in the Garden of Eden, Adam and Eve were more than just caretakers of God’s creation. They were part of that creation and enjoyed sweet communion with God in the garden. God didn’t change in His desires; man did. He still wants our fellowship (Revelations 3:20). Furthermore, you were created for His glory: “Bring all who claim me as their God, for I have made them for my glory. It was I who created them” (Isaiah 43:7, NLT). He even takes delight in you! (Zephaniah 3:17).

2. God has promised never to leave you alone.

Many of you remember the old hymn, “Never Alone.” As a young mother trapped in a thunderous storm that literally shook her old car going home—her baby in the back seat of the old Chevy—my mom told me how she found comfort in the words of that song. Filled with fear, she remembered the conference she and my dad had just left where the hymn writer B.B. McKinney had led the entire assembly in that song. From the car windows, she saw the “lightning flashing,” and she “heard the thunder roll.” But the truth of God’s promise in that song—that He would never leave her alone, filled her with peace and assurance that day that God would not abandon her. That truth gave her comfort even as she approached death a few years ago.

And the Bible is filled with that same faithful promise to us: “I will never leave you nor forsake you(Joshua 1:5, NIV). For God has said, “I will never fail you. I will never abandon you” (Hebrews 13:5, NLT).

Upon His return to heaven, Jesus vowed the same thing to His grieving disciples, “No, I will not abandon you as orphans—I will come to you” (John 14:18, NLT). Not only would He return one day, but in the meantime He promised a special gift, His presence through the Holy Spirit, to His followers: That’s my parting gift to you. Peace. I don’t leave you the way you’re used to being left—feeling abandoned, bereft,” John 14:25-27 (MSG). His Spirit is always with us!

As a young believer, I spouted God’s promises freely, taking them at face value—until I hit a few ugly snags: A promised job fell through; a miscarriage, a marriage crisis—and some things too painful to mention. What happened to God’s faithful promise? Though I fought the urge, a “why” would try to slip into my thoughts. As a minister’s wife, I was careful to quickly stuff it back in its hiding place. Foolish decision.

Years of drawing closer to God and testing His promises have taught me the sheer gentleness and grace of God toward His children. I’ve never felt His “fussing” at my confusion. And each time I’ve decided to trust Him a little more, even though I didn’t understand His ways, my faith legs have grown stronger.

Now over five decades since I first gave my heart to God, I can trace activity in my life and see clearly that His track record of faithfulness is indisputable. I still fail and want to question, but He never seems to get tired of teaching me more about Himself. Part of that track record is indeed the fact that His promises have not failed in my own life—including His constant presence with me. So much so, that my life message has become, “God is faithful!”

4. God loves you and won’t forget about you.

He really, really loves you. He loved you before you were even born. Even before he made the world, God loved us and chose us in Christ to be holy and without fault in his eyes (Ephesians 1:4, NLT). Why else would He pursue us in our worst shape, and accept us just as we are—loving us so much that He would send His Son to die for us? We can understand someone dying for a person worth dying for, and we can understand how someone good and noble could inspire us to selfless sacrifice. But God put his love on the line for us by offering his Son in sacrificial death while we were of no use whatever to him,(Romans 5:8, MSG).

When others question God’s love, His care for them, or want proof of His love, I am at a loss to suggest anything more. All I can do is point to the cross where Jesus, His own Son, died willingly for the whole world (John 3:16). Would someone who loves like that, then turn around and abandon the very ones He died for? Even as His children when we mess up, He is ready to forgive and love us back to Him (1 John 1:9). He does not forget about His children (Isaiah 49:15, NIV).

As the song written by Pat Barrett and Tony Brown says, God is a “good, good Father.” When you become His child, you are His child forever. No one can “snatch” you out of His hand (John 10:29).

5. God is not finished with you yet.

At a small group conference my husband and I attended one year, the leader verbally recognized an angry attendee’s words by eventually “putting her back in the oven.” He didn’t try to “fix” her or her problems. Sometimes what we interpret as God’s “abandonment” may simply be God’s placing us “back in the oven,” where we may feel the heat of testing for a while. But God’s purposes, ways, and thoughts are not ours (Isaiah 55:8). He knows exactly what He’s doing, and while we may not understand, He clearly states one of His intentions in those unexplainable situations: These trials are only to test your faith, to see whether or not it is strong and pure. It is being tested as fire tests gold and purifies it—and your faith is far more precious to God than mere gold; so if your faith remains strong after being tried in the test tube of fiery trials, it will bring you much praise and glory and honor on the day of his return (1 Peter 1:7). And like a potter, He plans to keep shaping you to make you more like Him.

God’s character doesn’t change. And He’s not finished with any of us (Philippians 1:6). He wants to bring good out of everything that happens to us (Romans 8:28).

We live in a fallen world. We can read the newspaper, listen to the news, and even experience life trauma ourselves, and at times feel like God has gone AWOL. But world hunger, violence, and destruction were not included in God’s original design. One day He will restore everything to a new heaven and new earth, we will be whole, and all our unanswered questions will either be answered or unnecessary. But until then, one truth we can cling to without a doubt: His plans—and His character—don’t include abandonment. God will never forsake those He loves!

Rebecca Barlow Jordan is an inspirational author, speaker, and passionate follower of Jesus who loves to encourage others heart to heart. She has written 11 books and over 1700 other articles, greeting cards, and other inspirational pieces. Her daily devotional Daily in Your Presence is available for delivery through Crosswalk.com. You can find out more about Rebecca at www.rebeccabarlowjordan.com.