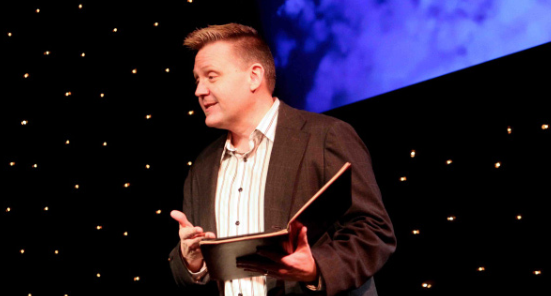 since 1990. churches ranging in attendance from 50 to 28,000. I’ve worked as staff, executive staff and as a senior pastor. I’ve been hired by the right church and by . good staffing decisions and bad ones. I’ve been fired and I’ve had to do the firing. Through all of this, I’ve learned three questions that I believe every church leader appropriately in order to build a healthy ministry workplace.

1) Do I Emphasize The Right Word In “Human Resources”?

“Human Resources” equal? . more talented than others. Some . others. common, however, are all HUMAN. Leaders do well to remember that the people they lead are people, not tools. They are humans, not resources.

resources, expendable. , standards. They will happily leave their jobs or volunteer positions in search of other opportunities

At the end of the day, remember . He . God loves humans…all of us

So ask yourself, “Do the people I lead really feel like they matter to me?” “no”, “maybe” or “unsure” then a Human Resource problem. Start treating the people you lead like humans and they’ll become your greatest resource!

2) How Long Do I Want Team Members To Stay Here

became a daddy. Ah, I remember those days. The foggy expression . The lingered, even right after taking a nap. …… And all of those things were worth it because we had a new baby in the house

I ? Because I quite a bit during that season. I told him to stay home because I our church. I want him to sense 100% support from me and from other staff. I want him to believe that his family is more important to me than his job.

. big small group ministry push and I needed his help. We had urgent pressing issues that needed his attention. Making him stay home would cause him to fall behind. Other staff would have to take up the slack while he was out. Yet, I off, because it was the thing that was best for him. If he believes I truly want the best for him, he will want to do his best for our church. If he knows I genuinely care about his well-being and the , care about the well-being of our ministry.

Would I have liked for him to be in the office more? Sure. But when I was tempted to wonder, “Where is that guy?” I reminded myself of one of the most important staffing questions I can ask: “Do I want him here today or do I want him here in five years?”

. So what to do every step of the way

However, …, . church staff are leaders (meaning true leaders, “leader”, but gift for leadership). Checking up on work life feels to them like a lack of trust. Leaders never thrive in an environment where there is a lack of trust

: !! You . When their work is not a joy, they will . Micro-managers ensure that their organization will have a revolving door with staff going in and out all the time.

The Difference Between Micro and Macromanagement From Senior Leadership’s Perspective

Okay, let’s shift gears; my intent for the first part of this post is to never be mixed up or confused , and that’s MACROmanagement. I mean? . It is setting the course from 30,000 feet, , determining the strategy, getting , them run to fulfill the vision

is concerned. The first tragedy is when there is no . Vision is the fuel for your organization, and for those you lead. Vision excites them, , inspires them, harder, and ultimately creates a stronger .

At the end of the day, remember: Jesus didn’t die for policy manuals and procedures. He died for human beings.

their best when they lead from a position of . organization, managing every nuanced detail . Okay, micromanagement. Tomorrow I’ll they’re being micromanaged.

The Difference Between Micro and Macromanagement From Staff’s Perspective

Now let’s shift gears once more and address those of you who are not in senior leadership and feel as if you’re being micromanaged.

When I , my senior pastor once came in and he wanted to see happen in the student ministry. He told me that he wanted me to minister not only to students but also to intentionally minister to the volunteers and to the parents. In that one statement, I felt just as if he’d tripled my work!

getting a little too detailed for my comfort. He said that he wanted my primary emphasis to be on the volunteers and the parents, rather than the students. This felt counter-intuitive to me. After all, my title was ‘youth pastor’. “Shouldn’t my first priority be ministering to the students?” I wondered to myself

. He least once every six weeks, and I a relational-type-event with all of my volunteers. At the time, I found this extremely annoying! I felt like . On the inside I was indignant. I was thinking to myself, “Who does he think he is, coming in here and telling me how to run my ministry?”

I’m glad I kept my mouth shut and did what he asked. What I discovered was that he, in fact, did not micromanage me. Instead, he pointed me in a very intentional direction and told me the vision behind it. The reason he wanted me to invest in parents and volunteers was that doing so would ensure that students would not fall through the cracks. He set a specific direction on a macro level (30,000 feet) and then set me loose to fulfill that vision.

At the end of the day, all of the I executed this vision were mine to decide. His direction was detailed and clear, but I had within the boundaries of the vision he had created for me. What I . By letting me focus on the micro-details and decisions on my own, while simultaneously giving me a macro-direction, my senior pastor set me up for huge success. By first and the students second, our youth ministry more than doubled in the next year.

So if you’re a supporting staff member in an organization and you feel frustrated by perceived micromanagement, ask yourself, “Am I really being micromanaged, or am I being given a specific directive and allowed the leeway to fulfill that directive in whatever way I see fit?” . Good requires plenty of specifics, so you’ll know when you’re successfully fulfilling the vision

Oh, and if after you read this article you still feel that your leadership is micromanaging you, remember a long time ago: I will only have I . Independence will destroy me, but there is power in submission.

Alan Danielson is the Senior Pastor of New Life Bible Church in Norman, Oklahoma. Previously he served as Central Team Leader for LifeGroups at LifeChurch.tv in Edmond, OK, where he led over a thousand small groups on LifeChurch’s thirteen campuses in six different states. He then founded Triple Threat Solutions to help leaders master three essential leadership skills: vision-casting, creating strategy and fostering relationships. Alan is a popular conference speaker and consults regularly with ministries and leaders on topics relating to small groups and leadership. Learn more from Alan at www.3Threat.net.