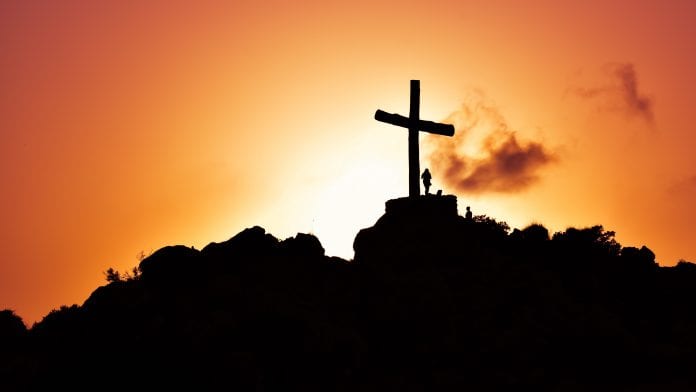 1. The resurrection is the core of the Christian message and should never be neglected or assumed.

Sadly, the church only seems to get excited about the resurrection once a year at Easter time. In reality, every Sunday should be Resurrection Sunday. The reason why the early church began to meet on the first day of the week was to celebrate Jesus’s defeat of death. Imagine what church would be like if we consciously gathered every week to celebrate the resurrection?

2. Belief in Jesus’s physical resurrection is the defining doctrine of Christianity.

It is surely a remarkable thing that every Christian denomination—from the Orthodox to the Catholic, from the Pentecostal to the Reformed Baptist—all believe one simple truth: the tomb was empty. There is very little else we all agree on! Only some liberals deny the physical resurrection of Jesus. Surely they thereby forfeit the right to call themselves Christians at all.

In my book, Raised With Christ, I offered the following definition of a Christian: a Christian is someone who believes in the physical resurrection of Jesus Christ, and lives in light of the implications of that event.

This is based on Paul’s clear promise: “If you confess with your mouth that Jesus is Lord and believe in your heart that God raised him from the dead, you will be saved” (Romans 10:9, emphasis added).

3. The resurrection demonstrated to the whole universe the deity of Jesus and God’s love for him.

Jesus was, “declared to be the Son of God in power according to the Spirit of holiness by his resurrection from the dead” (Romans 1:4).

It is the resurrection of Jesus that reveals his true nature to all who will see: “God exalted him at his right hand as Leader and Savior, to give repentance . . . and forgiveness of sins” (Acts 5:30-31).

4. Without the resurrection, there would have been no church at all.

After Jesus’s arrest and death, the disciples were lost, helpless, and afraid. Peter denied Jesus, whilst the rest ran away. It is hard to conceive of anything other than the resurrection of Jesus that would have led to this rag-tail bunch of people sharing the message of Jesus in such a way that it grew into the largest religious movement ever known to man.

Without their unwavering confidence in Jesus’s resurrection, would the disciples have risked everything, and in many cases been killed for their faith? People do die all the time for falsehoods that they themselves genuinely believe to be true. It is, however, impossible to believe that all of the disciples would die for something they knew to be a deliberate deception.

5. Our neglect of Jesus’s resurrection may be one of the reasons our gospel preaching is so powerless.

When Paul spoke about the gospel, he always meant the announcement of the glorious victory of the risen King. It is this gospel that is “the power of God for salvation to everyone who believes” (Romans 1:16).

6. The resurrection purchased our justification.

When you ask most Christians about justification, they move straight to the cross of Jesus paying the price for our sins. But if justification simply means an absence of guilt, then we have a blank slate and have to spend the rest of our lives worrying about if we will mess it up again. Paul tells us in the contrary: “He was delivered up for our trespasses and raised for our justification” (Romans 4:25).

What this means is that when Jesus rose again he was declared to be righteous—not just lacking any sin, but embodying holiness. The credit of Jesus’s perfection outweighed the debt of our sins. And now, the Christian is counted as righteous. Not “just as if I had never sinned” so much as “just as if I had already lived a holy life.”

7. The resurrection gives us the joy of knowing that Christ is with us today!

He has promised that he will be with us to the end of time. This changes everything. A dead hero in the grave is no help to us. But a risen Savior in heaven gives us great confidence!

Because the tomb is empty and Jesus is on the throne, we can know for sure that we will be victorious irrespective of what is happening in today’s world. Jesus said, “I will build my church, and the gates of hell shall not prevail against it” (Matthew 16:18).

8. The resurrection gives us hope that goes beyond the grave.

We live in a broken world. Every Christian will at some point in their lives know the pain of grieving for a loved one. When Paul told us not to ‘”grieve as others do who have no hope” (1 Thess 4:13), he did not mean that we would not experience sadness.

But because Jesus conquered the grave, we have confidence that one day we too will rise, and so meet both Jesus and our believing loved ones again. This changes everything when we come face to face with death.

What impact should Jesus’s resurrection have on individuals and churches? Popular Christian blogger and teacher Adrian Warnock urges Christians not to neglect the implications of the resurrection.

9. The resurrection unites every Christian with the life-giving force that raised Jesus from the dead.

It is through the resurrection that, “the last Adam became a life-giving spirit” (1 Cor 15:45). Paul tells us, “the Spirit of him who raised Jesus from the dead dwells in you” (Romans 8:11).

This amazing power is available to transform, equip, and empower us: “What is the immeasurable greatness of his power toward us who believe, according to the working of his great might that he worked in Christ when he raised him from the dead” (Ephesians 1:19-20).

10. Because of the resurrection, we can know that Jesus is personally coming back to judge and rule the world.

It is a source of great joy for the Christian that Jesus will return. But it should also cause great concern for those who are living estranged from him. Because of the resurrection, we can be sure that this same Jesus will return again:

The times of ignorance God overlooked, but now he commands all people everywhere to repent, because he has fixed a day on which he will judge the world in righteousness by a man whom he has appointed; and of this he has given assurance to all by raising him from the dead. (Acts 17:30-31)

ADRIAN WARNOCK has been a regular preacher at Jubilee Church in London for more than ten years and serves on the church’s leadership team. A medical doctor by trade, Warnock runs a popular Christian blog at adrianwarnock.com.